0shares
I am so excited to have Live By Surprise guest post on my blog this week! I have been reading her blog for some time now and I have been amazed at the similarities between our stories that sometimes I swear we were married to the same man. If any of you can recall she wrote about me on her blog and I did a guest post there as well (you can check them out here and here).  Anyway, she has graciously written a post for my blog and I am so glad to share it with you all. 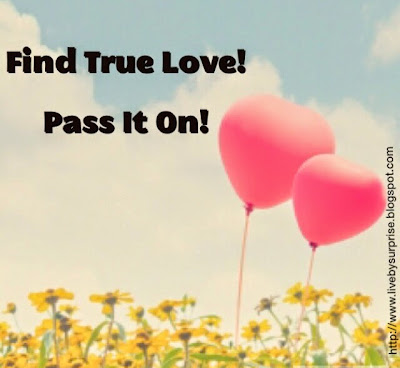 At about four months pregnant with my daughter, I was still experiencing morning sickness.  All day.  My ex and I continued to have difficulties and we had a toddler in the mix.  If I’m honest, I was planning to leave as I found out about our little surprise.

I had avoided taking a training course that my job required me to take for as long as I could.  When an opening came up my boss said I needed to take it.  It was best, she said, that I got the credential complete before my maternity leave.  The course required me to extend my daily commute.  I had to add a one hour train trip and 15 minute subway ride to my usual 20 minutes in the car each way.  I was just exhausted.  I don’t know how I made it through the two weeks of the course.

One night, near the end of the course, the train was delayed due to some sort of problem on the tracks.  My ex was upset – I was supposed to be home watching our son so he could go out.  He texted some angry words as I waited.  There was nothing I could do.  I was close to tears between the exhaustion and frustration.  I just wanted to lay down and give up.

The station was packed with people – all in the same situation.  Watching the boards – waiting for an update.  Finally the board indicated that my train was coming, and there was a crush of people up the narrow staircase to the platform.

It was quite a warm day.  Late September.  As I got out of the stairway, the heat hit me like a wall.  I felt a bit nauseous and dizzy.  I focused on my breathing.  There was a large metal support in the middle of the narrow platform.  I put my hand on it and sat down heavily on it’s concrete fitting as the platform filled to capacity.  People stood shoulder to shoulder across the width of the platform.

As I was sitting there, I noticed an older couple closer to the tracks.  I’m not good at pinning ages – but they were probably in their mid-sixties.  He had striking, James Cagney type features.  He was wearing grey wool pants and a short sleeved, white, collared shirt.  He had a full head of white hair.  She was a full head shorter than he.  She reminded me of an older June Cleaver.  Her hair was cut short and was more silvery grey than white.  She wore pants and a multi-coloured shirt with a soft white sweater over her arm.  They didn’t seem bothered by the crush.  They were talking softly to each other.  He was leaning down to whisper into her ear, and turned his head towards her mouth as she responded.  He was holding tight to his wife’s hand, so she didn’t get swept away.

I lost track of them as the train rushed into the station.  There was another blast of hot air and the crowd tightened.  I got up from my perch as the doors opened and people poured on like toothpaste being sucked back into the tube. I was rushed with them.

I managed to get on the train.  I didn’t expect to get a seat.  I wasn’t looking forward to the long trip, standing up.  But I was barely pregnant, and it seemed unlikely anyone would offer me a seat.  I remembered being eight and half months pregnant with my son on the same commute.  But in the beginning of a very hot summer – thirty degree heat.  That day, the other passengers all put their heads down so they didn’t have to make eye contact.  I ended up sitting on the stairs.

I don’t know how I managed it, but I did end up getting a seat this time.  Right across from the people who I had been watching on the platform.  My usual commute stance is to stick my nose into a book, ignore the people around me and try not to be pick-pocketed.  But this time, I didn’t do that right away.  I sat, and smiled at the couple.  She had some bags at her feet.  Completely out of character, I said “You’ve been shopping.”  She smiled back at me, tilted her head towards her husband and said “Yes…he needed a sweater.”  He chuckled back at her with a knowing smile.  And in a back and forth sort of way, they told me the story of their day.

“She’s the shopper.” he told me.  “She decided I needed a new sweater and we had to come out to the city to get it.  I knew we’d come back with more than a sweater.”

“Well…seemed a waste to come all this way just to pick up the first sweater you tried on…” she said.

“I didn’t need a new sweater anyway…the old one was fine.”

I was charmed by their affectionate bickering.  In comparison, my own marriage had degraded into either sullen silence and avoidance, or loud arguing.  Nothing in between.  Prior to this chance meeting, I wasn’t convinced that “love” and “growing old together” could happen.  At least, not for me.

They were quite animated as they told me that they’d been married for over 40 years. The conversation passed from husband to wife and back again as they weaved the tale of their romance.  High school sweethearts.  They had a nice house in the suburbs.  They’d raised four kids in that house and he was now retired (she hadn’t worked, but volunteered at the children’s school).  They had six (no, she said…almost seven now, Dixie’s pregnant) grandkids.  She pulled out pictures and told me all their names, while he told me of their accomplishments.

“Bobby plays baseball.  Nicky – she likes the soccer.  Terry is as smart as a whip.”

“And little Michael just took his first steps” she finished.

I was enamoured.  They were still holding hands.  Laughing.  Finishing each other’s sentences.  And just so…right.  I was so entranced that the hour passed as if it was only five minutes.  They asked about me and my job and my son.  And, while I didn’t reveal my marriage troubles, I felt comfortable telling them private details about my life.  I forgot about the crush of people as they slowly left the train, stop by stop.  But even now, almost seven years later, the sparkle of life in their eyes is still vivid in my memory.

It was an unexpected meeting.  But it had a profound impact.  I don’t expect that I’ll ever meet that couple again.  But if I did – I would have to thank them.  I may have almost given up on a love like that – but for that meeting.  I was in a very bitter and dark place.  I was almost in my mid-thirties at the time.  I hadn’t fallen for my high school sweetheart.  But, shortly after that chance meeting, I did leave my husband I was with.  And it took me a few years, but I found the man who puts a sparkle in my eye.  The man I will grow old with.  And maybe, one day, a few years from now, we’ll meet a young woman on a train after a trip to the city for shopping and some lunch.  And I’ll be able to pass it on.

0
In Divorce, Life, Marriage and Sex
Previous Long Distance Love Affair: Our Story
Next My Little Bit of Bliss

I am a stay at home mom of 5 living in Toronto, Ontario. I write about all of our adventures in this chaos we call life.I am happily married to the most incredible man happily raising our little clan. Blending two different cultures (my new hubby is from the UK), as well as all the kids, has been challenging but worthwhile.
Read More

We use cookies to ensure that we give you the best experience on our website. If you continue to use this site we will assume that you are happy with it.OkRead more